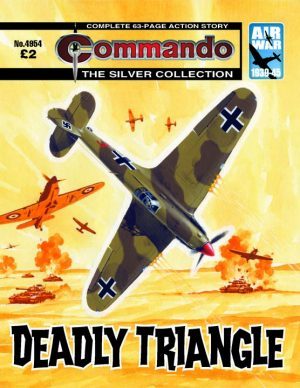 Shooting up unsuspecting British trucks in a captured Hurricane was just one of the dirty tricks played by Erich von Werner — a pilot hated by his own men as much as by the British.

The feeling was mutual, particularly for Luftwaffe pilot Carl Lutz and Ted Bull of the R.A.F. — two men linked by fate to Werner to form a strange and deadly triangle.