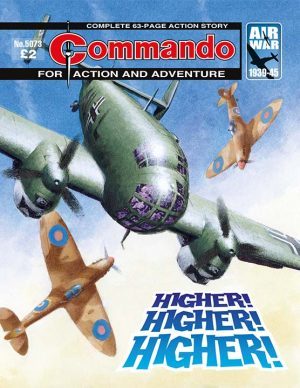 It did not always matter if your aircraft was the fastest or had the most firepower, so long as you had the highest ceiling…

Thought to have been retired after the Spanish Civil War, and reaching a staggering 39,000 feet, the Junkers Ju 86P was one such plane. It dominated the skies over the North African desert in 1942, untouched by Allied planes. But if the Nazis could reach that height then the Brits would match them in their race to go higher!