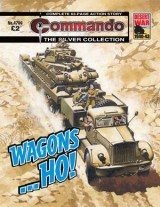 There was only one thing that Sergeant Jack Brett and his Matilda tank crew hated as much as the Germans, and that was a certain tank transporter crew from the Royal Army Service Corps. When they weren’t fighting the one, they were fighting the other. And so, when all three met on the Egyptian desert, […]