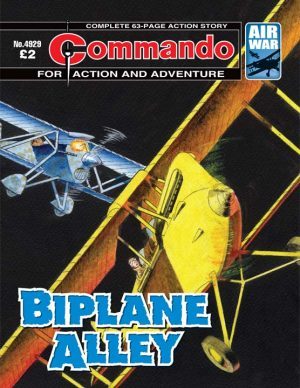 Tom Wills was desperate for adventure and wanted to be a pilot during World War II. Unfortunately, his flying skills were not up to scratch and he ended up as a clerk in the Pay Corps.

However, he seized upon the opportunity to join a ragtag group of flyers led by a maverick World War I veteran. Major Richard Joyce used ancient biplanes from the Great War to harass German and Italian forces in the North African desert. In their Gypsy Moth planes, armed only with long-fused bombs and Webley revolvers, Tom and his comrades literally went under the radar on these daring night raids against the enemy.