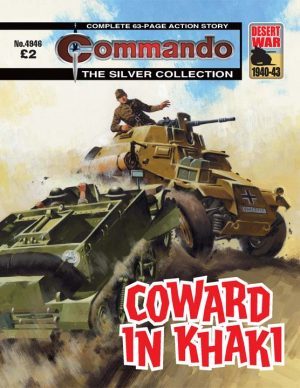 Men’s characters don’t often change. If a man’s a crook in civilian life, he’ll probably be a crook in the army. That’s how it was with Vic Wardley.

Everyone knew him to be a crook — and a coward as well. So why would an Intelligence Corps major single him out for a vital job in contact with the enemy?