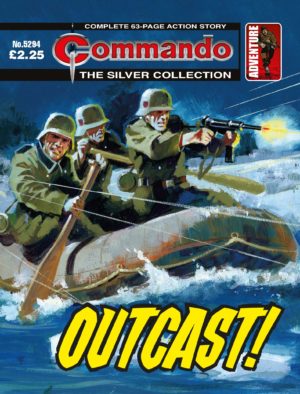 For every man who fought there, the Eastern Front was a living nightmare, a place of fear and horror where the cruel winters could kill just as effectively as an enemy bullet.

For Hans Mayer, it was a chilling change from his time in the French Foreign Legion, fighting under a hot sun against ill-armed tribesmen. But the Legion had betrayed him and handed him over to the Nazis. Now he was an outcast — the Wehrmacht, not the Legion, was his home.