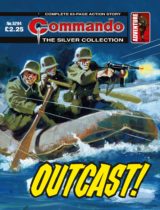 For every man who fought there, the Eastern Front was a living nightmare, a place of fear and horror where the cruel winters could kill just as effectively as an enemy bullet. For Hans Mayer, it was a chilling change from his time in the French Foreign Legion, fighting under a hot sun against ill-armed […] 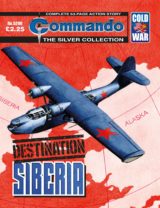 When Hector Salway and a bunch of mates decided to go halfway around the world to repay a debt, they knew it wouldn’t be an easy task — their destination was Siberia, with the Cold War between the West and East at its height. What they didn’t know was that a vicious killer who had […] 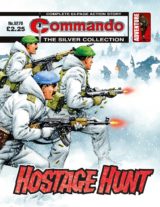 From the day he had first joined the Royal Marines, Rob Smith had trained for this moment. Here he was, bullets cracking past his head, firing back at Russian soldiers of the Soviet Army. But standing shoulder to shoulder with him were other Russians, blasting away with as much determination as their own countrymen. It […] 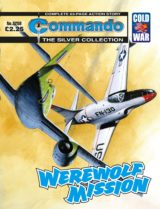 A dogfight over Germany — nothing unusual in that. But take a closer look… the German jet has RAF markings. Stranger still, flying the American plane is a Luftwaffe ace — a Nazi Werewolf fanatic on an incredible mission. And all this is three years after the end of the war!   Story: Staff Art: […]