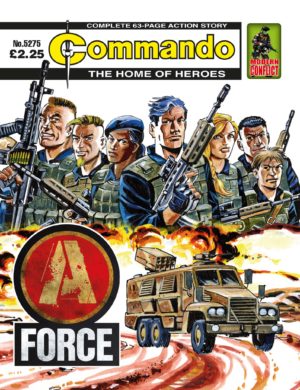 An elite unit from Mi7, they went where the army couldn’t, taking on the worst of the worst. They had rules, though: don’t shoot first and if you fall you’re on your own — but then what can you expect from something that doesn’t officially exist?
Named after the SRF, made famous by Ramsey’s Raiders. Like it or not, Jimmy Ramsey’s grandson was now in charge of the Strategic Reaction Formation team, and together they were known as…